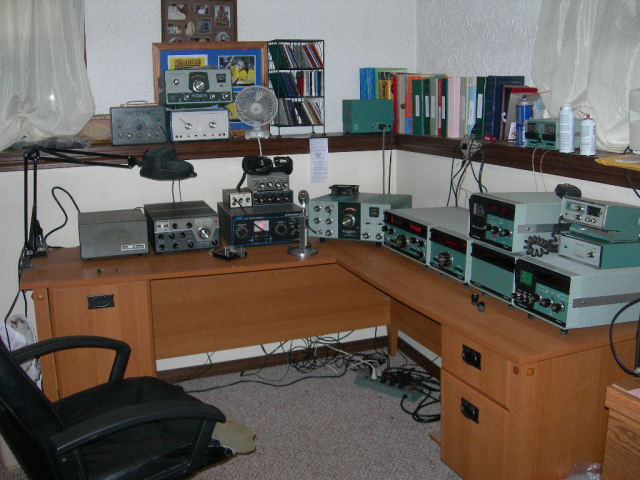 This guy started his Ham career in 1977 as SM3JKP, went into the Army (Swedish) for a couple of years, went QRT and lost his call sign. He evetually re-appeared as SM3OKY but shortly after that (1982) went QRT for about 25 (!) years. This time when he re-appeared (once this hobby bites you, there’s no way out of it huh ?) he had moved from Sweden, via England and to Connecticut, US where he got married in 1999. He now, in 2006, turned up as KB1NSY and with a General License. However, this dude was not satisfied with THAT call, and shortly after gaining his KB1NSY, applied for a vanity call, and was assigned W1JKP….back to were we started……minus the SM3…..oh, and did I mention….I’m a Heathkit buff too……